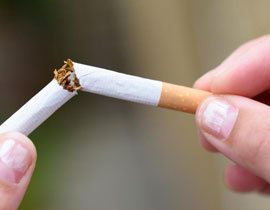 How To Be Smoking Hot With Champix

Even with our knowledge of how dangerous smoking cigarettes are, we are still tempted to unleash our inner rebel and expose ourselves to major health risks. In old films smoking was often seen as the metaphorical climax to romantic moments. Even in new films smoking is seen as edgy and daring. Celebrities caught smoking come across as having a very nonchalant attitude to life and give the impression of living in the fast lane. In reality however we see how the addiction to tobacco tethers old ladies to doorways and bus stops. No one looks sexy in a coffin or wearing an oxygen mask. Families and friends miss out on the wonderful person you are and you quite frankly smell terrible. Being healthy is sexy and being able to rumba in your seventies without losing your breath is even more awesome. Treatments like Champix allow you to give up smoking without the dreadful feeling of withdrawal.

Yes we all know someone like 85 year old Fred who has been smoking since he was six and goes to bed on a whisky. He is lucky that his constitution is so accommodating where toxins are concerned - this doesn’t mean that you will fare as well. Let’s face it anything that involves inhaling 4,000 chemicals made up of; 43 cancer causing compounds, formaldehyde, ammonia, hydrogen cyanide and arsenic is going to kill you in the end. Even worse passive smoking and just carrying the remnants of these chemicals on your clothes can put children and babies at serious risk of respiratory problems. Inhaling carbon monoxide can kill you slowly while your lungs can become a sticky mess and your heart can conk out. You can get cancer, which eats you up from the inside out and gives you that edgy cool look you were trying to achieve (like a Victorian gothic with consumption).

Champix works by mimicking the effects of nicotine on the brain reducing your cravings and eventually you will no longer feel the need to smoke. Champix helps people who have tried to go cold turkey but have been unable to give up in such a drastic way. As the champix replaces the nicotine cravings you will find that you will smoke less and will start feeling the benefits within a week. You can take as long as you want to give up smoking using Champix but studies have shown that on average Champix helps smokers give up within nine to twelve weeks. Once you have kicked the habit you will have a fresh start and not only will you and your family be healthier you will also have much more money in your pocket to enjoy life. If you want to see both the health and financial benefits of smoking click on this link to the NHS Choices website.

Are You Ready To Quit?

As well as taking Champix to help make quitting easier some people find that having support either from a group or a health professional can help them give up. Some people find support from family and friends helps while other like to strive out on their own and fight their cravings by themselves. However you decide to give up you will save your own life and will be able to show how sexy and edgy you really are. If you would like to find out more about giving up smoking please visit our Stop Smoking page and start a consultation.