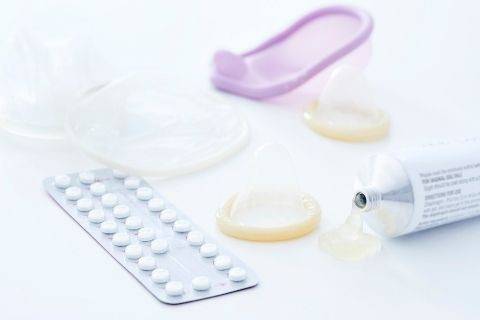 What To Do About STIs/STDs

STIs are sexually transmitted diseases that are passed on through sexual intercourse. They have been around for centuries and there are many different types.

STIs are either bacterial or viral. Depending on the type, there is a different type of medication used to treat them:

Are STDs and STIs the same thing?

The difference is that an infection is not considered a disease unless there are symptoms, but you can still have the infection (and pass it on) if you are infected with it.

For that reason, STI is often the more accurate term to use.

How are STIs caught?

STIs/STDs are not just transmitted through sexual intercourse. Any sort of genital or oral contact can pass on a sexually transmitted infection. Oral sex is actually one of the most common ways STIs can be transmitted.

You are at greater risk of getting an infection if you have lots of different sexual partners.

Can You Be Born With An STD

No. STDs are acquired diseases that are transmitted, not inherited.

Who Is Most Likely To Have An STD?

Young people between the ages of 18 - 24 are most likely to have an STI.  Divorcees in their fifties and sixties are getting STIs as they pursue new relationships.

Lots of one night stands increase the probability of catching an infection.

Sexually transmitted diseases are mainly associated with young adults. Chlamydia still remains a young person’s disease. In 2016, ‘Over 1.4 million chlamydia tests were carried out and over 128,000 chlamydia diagnoses were made among young people aged 15 to 24 years’. However, studies have found that incidents of chlamydia have increased in adults between the ages of 50 - 70.

Are Sexually Transmitted Diseases On The Rise?

The Independent reported the same findings and described the results as a ‘sexual health crisis’. Reports from the Centers Of Disease Control And Prevention (CDC) in America suggest that the rate of sexually transmitted diseases is increasing on a global scale.

Checklist: What to do if you believe you have an STD

Don’t panic. Most STDs can be treated with no major changes to your lifestyle and without side effects.

However, you must seek treatment immediately if you suspect you may have contracted one.

Unfortunately, most STIs are surreptitious and therefore don’t present any obvious side effects. It is best to get tested regularly even if you are not showing symptoms.

The sooner you seek treatment for these infections the less damage they can do.

If you are tested and discover that you have an infection, it is important to contact your past partners so that they can also get tested and take steps to avoid suffering adverse health effects. It is also important to tell any futher partners before you have sex so that you can take the necessary precautions against passing the infection on.

Protect Yourself Against STDs

Enjoy a pleasurable and stress-free sex life by taking some simple precautions against STDs.

Have a discussion before you have sex with a new partner

Don’t be shy about this. If you both know that sex will be safe then you can both feel more comfortable and focus on what is important: each other.

Avoid having sex with a new partner if you suspect they have a sexually transmitted infection.

Condoms are not just for protecting against unwanted pregnancy. Condoms act as a barrier preventing fluids from mixing, and therefore also protect against some infections.

Condoms are only effective for preventing the spread of chlamydia, gonorrhoea, syphilis and HIV. Skin to skin contact spreads herpes and genital warts so a condom is ineffective.

GUM clinics are completely anonymous and provide support and treatment.

If you have an active sex life with many different partners a regular check-up will ensure that you are free from STIs.

You and your partner should take a test if you are starting a new relationship.

How often should you get tested?

Once every three months is the recommended frequency for anyone who is sexually active.

You can cure them completely with antibiotics.

Here is some information about each bacterial sexually transmitted disease.

The bacteria Neisseria gonorrhoeae causes the STI gonorrhoea. People with the infection rarely display symptoms.  Visible symptoms include; a burning sensation when urinating, vaginal and penile discharge and painful sex.

Condoms prevent the spread of gonorrhoea and antibiotics treat it.  It is becoming more difficult to treat with antibiotics so prevention is the best way to avoid it.

A microscopic organism causes syphilis by burrowing into the moist mucous membranes of the genitals. This forms an ulcer and the condition has three main stages.  The first is where the ulcer is forming and the condition is most contagious.  Sometimes it clears up in women by itself without treatment.

A quarter of people move into the second stage where symptoms include; a sore throat, hair loss, lesions on the genitals and a rash in the palms of your hands.  It is very contagious at this point.  The third stage is not contagious but causes damage to the heart and internal organs sometimes leading to death.

Treating syphilis with antibiotics will cure the condition.  Condoms act as a barrier preventing the spread of infection.

Chlamydia is a very common bacterial STI, and a very subtle one that can lurk in your system without displaying any symptoms.   Most women with the condition are unaware that they have it.

The bacteria damages the fallopian tubes, causes pelvic inflammatory disease and leads to infertility.  Symptoms are similar to gonorrhoea.  Babies born to women with the condition may cause eye problems and require eye drops. Arthritis develops if the condition is left untreated.

Azithromycin is an antibiotic used to treat chlamydia and gonorrhoea.   It is particularly effective because it stays in the system for quite a while in order to eliminate the bacteria causing the infection.

Viral STIs are controlled with antivirals. Herpes, HIV and HPV are viral infections.

You can reduce their effects with antivirals but unfortunately not eradicate them from your system.

Here is some information about each viral sexually transmitted disease.

The Herpes virus manifests itself as a rash in the genital area.  It is still infectious when the skin is recovering.  It is similar to the cold sore virus and flares up every so often. It is caused by the HSV virus, which can be caught simply by touching the infected area.

Antivirals stop the rash from getting worse but do not cure the condition.  The virus spreads in bodily fluids and moist body parts.  Flare-ups are unpredictable and cause the sufferer lots of distress.  Condoms help to reduce the spread of the virus but are not completely reliable.  Avoid sexual intercourse with someone suffering from a flare-up.

Aciclovir is an antiviral treatment used to suppress Herpes symptoms.  It is particularly effective if taken before a flare-up.  This treatment does not provide a cure, just a means of controlling the symptoms.

HIV is the virus that leads to Acquired Immune Deficiency Syndrome (AIDs).  It attacks the immune system until it is unable to fight off infections.

Antivirals effectively suppress the virus, keeping people healthy for much longer. The sooner it is diagnosed the better the chances of delaying the onset of AIDS.  Condoms prevent the spread of HIV.

Human papillomavirus or HPV either cause no symptoms, genital warts or cancer.  Different strains cause different conditions.  Teenage girls are vaccinated against HPV in school to prevent cancer and genital warts.

Condoms don’t always prevent the spread of genital warts because they occur in the pelvic region.

Do Natural Cures Work on STDs?

Unfortunately, natural remedies cannot cure sexually transmitted diseases, though they may be able to soothe the infection.

Which STI Is Becoming Harder To Treat?

Presently we are heading towards a crisis with antibiotics because they are becoming less effective.  This is because they have been overprescribed causing bacterial infections to adapt and become immune to the effects of antibiotics.

The implications of this are beginning to filter into STI treatments. According to CNN, the bacteria in Gonorrhoea are starting to evolve and become resistant to antibiotics.  Infections which develop a resistance to antibiotics are increasingly difficult to treat. Chlamydia, syphilis and gonorrhoea are all becoming harder to treat with the latter becoming the most resistant.

Antibiotic use has only become an issue since patients have demanded a ‘pill for all ills’.  Many people have visited the doctor with viral infections and don’t feel as if they have been treated without a prescription.  Antibiotics do not treat viral infections so all that happens is that bacteria in the body starts developing immunity to them.

As a result of their overuse, we are seeing more ‘superbugs’, which are resistant to antibiotics making them difficult to treat.  Gonorrhoea is an STI that is in danger of becoming a superbug which is not good news for people with the condition. Doctors are much more careful now when prescribing medication so you may find yourself leaving empty-handed.  You will only be prescribed antibiotics for bacterial infections.

Other Names for STDs

Once known as the venereal disease (after Venus the goddess of love) sexually transmitted diseases have been around for a long time.

Over the years specific STDs have had many interesting names; The Clap, Gooey stuff and The Gift That Keeps On Giving.  Most descriptions were based on either the treatment or the symptoms of the diseases.

For example, Gonorrhoea is known as, The Clap. Treatment involved removing the pus from the penis by putting it between two pieces of wood and clapping them together (Eye-watering isn’t it?). Many kings suffered from syphilis which made them quite mad and scabby.  Chlamydia (Gooey Stuff) is a surreptitious STD that can go unnoticed for years.  Herpes (The Gift That Keeps On Giving) flares up every so often making the sufferer infectious.

Read more about STIs and sexual health in our blog.