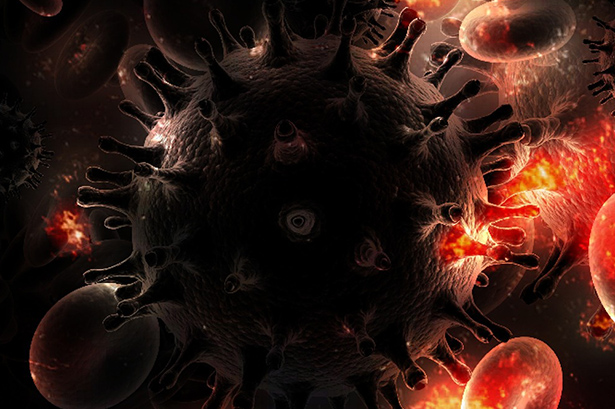 Why Are STDs Considered An Epidemic?

STDs more recently known as STIs are sexually transmitted diseases.  They normally affect sexually active people between the ages of 15 and 24.  There is an increase of STDs in older people between the ages of 50 and 70.  It seems that while our knowledge of sexually transmitted diseases increases so does the number of people suffering from them. There are two types of STDs viral and bacterial. Antibiotics treat bacterial infections while antivirals control viruses.  Our overuse of antibiotics is making treating STDs increasingly difficult because bacterial infections are becoming immune to them.  Eventually, STDs will become so difficult to treat that they may reach epidemic proportions. The World Health Organisation reports that Gonorrhoea is becoming more difficult to treat. Preventing infection is the most effective way to reduce the incidences of STDs.

STDs is the old name for STIs which are sexually transmitted infections.  They used to be called VDs venereal disease.  The reason for the name change is that people were more likely to seek treatment without the negative connotations of a disease. Historical text mentions many famous kings who have literally gone mad with STDs.  People are more likely to get a sexually transmitted infection if they are promiscuous and have unprotected sex. Sexually transmitted diseases are either viral or bacterial.  Gonorrhea, chlamydia and syphilis are bacterial infections while HIV and herpes are viral infections.  Antibiotics cure bacterial infections but antivirals only control viruses. STDs rarely show symptoms so they are easily spread because people don’t realise they have them.

Gonorrhea is a bacterial infection that affects the vagina, penis, rectum and throat.  Men and women have different symptoms.  Men find urination painful, have a coloured discharge from their penis and may have swollen testicles.  Women don’t often have obvious symptoms but may encounter vaginal discharge, painful urination and bleeding between periods.  Scarring causes infertility and long-term pelvic pain.

In 2013 over 200,000 people under 25 were diagnosed with chlamydia.  Most people who catch the disease don’t even know they have it.  Symptoms include; stomach pain, painful urination, swollen testicles and coloured discharge.  Chlamydia will develop into pelvic inflammatory disease or reactive arthritis if left untreated.  Internal scarring leads to infertility.

Syphilis is highly contagious and unpleasant. It manifests itself as sores and has very serious consequences if left untreated.  There are four stages of the STD; the first involves sores around the genitals and mouth, the second involves a rash on the palms of the hand and soles of your feet.  During the second stage, you may also have a slight fever, enlarged lymph glands and experience weight loss.  Syphilis symptoms disappear during the third stage and lie dormant.  The final stage leads to dementia, heart problems, blindness, deafness, paralysis and death.

Herpes is a viral infection that presents itself as blisters, painful urination and vaginal discharge.  It is the same as the cold sore virus but occurs on the genitals.  Once the virus is in your system it lies dormant and flares up every so often.  Antivirals only suppress the virus and don’t kill it.  You are most infections when suffering a flare up so abstaining from sex is the best way to stop spreading it.

Human Immunodeficiency Virus or HIV is the precursor to AIDs (Autoimmune Deficiency Syndrome.  HIV whittles away at your immune system until it can no longer fight diseases.  It leads to different autoimmune syndromes that are collectively known as AIDs.  HIV can be spread while AIDs cannot.  HIV can be treated but not cured with antivirals.  Treatment is better than ever and sufferers have a much longer lifespan.  The first symptoms are similar to flu and then the disease quietly attacks your immune system until it is very weak.  Death is the final outcome of HIV and AIDs.

What Is An Epidemic?

An epidemic is described as a sudden increase in the outbreak of certain diseases.  STDs are teetering on becoming an epidemic due to the increase in cases and the failure of antibiotics to treat them.  STDs will become an epidemic if people don’t protect themselves against disease and continue to spread them. The greatest concern is that infections are becoming immune to antibiotics.  This affects all infections not just STDs.  Gonorrhea is a great example of a disease that has been controlled by antibiotics and is now immune to them.  It only became treatable in the 1940’s with the introduction of Penicillin now it is becoming resistant to antibiotics.   As a society, we fell into the trap of wanting a pill for every illness and doctors happily complied.  Antibiotics are becoming less effective because we have misused them and turned infections into superbugs. If we don’t get to grips with STDs they will become superbugs and lead to an epidemic.  We should take all precautions to prevent the spread of these diseases to keep them in control.

Preventing The Spread Of STDs

You can reduce the chances of catching an STD by; using a condom, have fewer partners, have regular check-ups and look out for rashes. With STDs, one seems to lead to another and you increase your risk of catching an infection if you have already got one.  This is due to lifestyle and your immune system becoming weaker.   Don’t let one episode of carelessness affect your life forever.  To review and purchase treatment for STDs please click here.