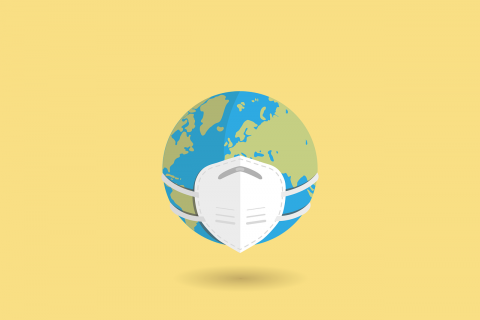 New Covid Strain: Omicron, should we be worried?

As another year of the world’s fight against Covid-19 draws to a close, and we approach the festive holidays, the country is hit with a new strain of covid, a mutated form of the coronavirus, known as Omicron.

The new strain has caused particular concern with scientists and health professionals across the world as it is a heavily mutated version of coronavirus. At this point, it is hard to understand and evaluate the effect the mutated virus will have on the UK and the rest of the world, due to it being in its early stages of discovery. Scientists are rapidly working hard to study the new variant but we’ve put together some information on what we know so far.

How do coronavirus variants happen?

Unlike bacteria infections, coronaviruses are not alive but, they can adapt to their surroundings and this generally helps the virus spread more effectively. Viruses mutate all the time and right now across the world, there will be thousands of different types of Covid variants circulating.

The more a virus spreads, the more chance it has to mutate. So far, although there are a huge number of small changes to the virus, many of these have had little impact.

What is the new covid variant?

In small cases, a virus changes in such a way that helps it survive. In the Omicron variants case, scientists have raised particular concerns about changes to the spike protein, which is the part that helps it enter human cells.

Omicron also referred to as B.1.1.529, has 10 times more mutations on the spike protein than that Delta variant that spread and caused a wave across the world earlier this year, raising fears about transmitibiltity as well as how effective the vaccines are against it.

To date, traces of the Omicron virus have been found in more than 30 countries in just a week of being discovered.

Why is a new variant potentially more dangerous?

Based on other new variants that have had similar mutations, scientists are estimating that this strain could have enhanced ability to spread from person to person and could also be able to get around parts of the immune system.

All viruses have proteins that can be thought of as markers on their outer shell, these proteins help the body identify the virus as a threat. In response, the human body sends out its army of fighter cells to get rid of the virus before it can cause any harm. If a person is exposed to a virus that they have not had before the body will take longer to recognise the virus as harmful and deal with it. This gives the virus enough time for it to replicate enough so that it can cause unwanted effects and potentially more serious symptoms to the host.

The longer this virus can go undetected in the body, the more symptoms it will present. If the virus is spread by droplets in saliva, then coughing (caused by the virus) will help expel and send the virus out in the air where other hosts who are not infected can easily be targeted. So in essence the coughing is a kind of like a pollination effect that the virus needs in order to spread itself. (This highlights the importance of mask-wearing and hand sanitising)

Should we be worried about the new variant?

There have been a number of examples of other variants of coronavirus that have caused major concerns too but did not amount to anything as serious as originally thought. Scientists will continue to study the virus in laboratories however the clearest way to understand the virus will, unfortunately, be to see how it develops around the world.

Although the UK are hopeful that the new variant might not be as bad as feared, precautionary measures have been put in place such as the return of masks in some public places and transport.