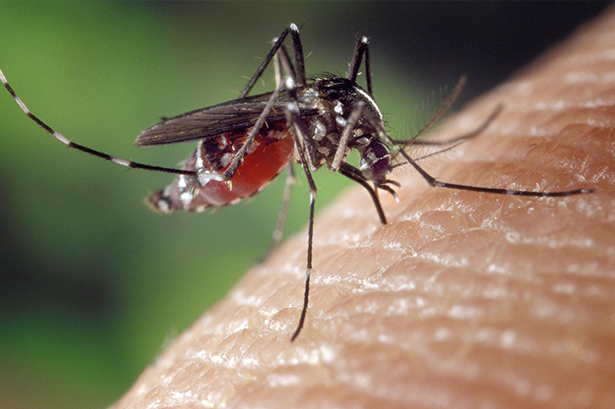 When Malaria Should Be Suspected In An Individual

Malaria does not originate in the UK because it is a tropical disease.  People who develop the condition in countries where Malaria is not a risk have visited high-risk areas within the past year. Symptoms lie dormant for months before they start to show resulting in a diagnosis up to a year after returning from a holiday abroad. 1,586 people were diagnosed with the condition in the UK in 2014. The female mosquito spreads the disease by biting her victims.  She transfers the Plasmodium parasite, which carries the disease, into the bloodstream.  This occurs mainly during dusk or at night time. Mosquitos thrive in hot humid conditions which are present in the following areas; Africa, Asia, Central and South America, Haiti and the Dominican Republic, the Middle East and some Pacific Islands. There is no vaccine for malaria because it is a complex infection and the parasite becomes immune to treatments.  Presently drugs to prevent infection are the most effective way to stop people from getting the disease. Symptoms generally manifest themselves 18 days after infection although it can lay dormant for months even a year after contracting it.

Female mosquitoes infect their victims by biting them the Plasmodium parasite enters the bloodstream and infects them with malaria.  Malaria is a serious disease leading to coma and death if you don’t take precautions. Symptoms include; fever, sweats, chills, headaches, sickness, sore muscles and diarrhoea. They generally appear up to eighteen days after infection but it is not unusual for them to take years to appear. (Source: NHS.UK) Extreme cases result in coma, brain damage and even death so it is important to take precautions before you go on holiday.  There is no vaccine for the disease because the parasite adapts and develops immunity to vaccinations quickly. Treatment involves taking medication (such as Malarone, Atovaquone Proguanil, Doxycycline or Lariam) before you travel, during your trip and when you return. Extra precautions include wearing loose clothing covering the ankles and wrists, applying insect repellent, sleeping under a mosquito net and burning citronella candles. The main prerogative is to not get bitten in the first place.

How To Spot Delayed Symptoms

Malaria affects 198 million cases every year and resulting in 584,000 deaths every year.  There were three fatalities in the UK in 2013 resulting from infection while in another country.  People returning from holidays in hotspot areas or immigrants who move to the UK are at most risk of symptoms occurring a long time after travelling. The disease has a long incubation period resulting in diagnosis delay or misdiagnosis. People don’t associate symptoms with their travels because they manifest themselves months and years later.   It is therefore important to bear in mind where you have travelled to if you start displaying flu-like symptoms unexpectedly.  Complications from not treating malaria include; severe anaemia and cerebral malaria. The former prevents oxygen from travelling effectively around the body causing weakness. While the latter blocks blood vessels in the brain causing comas, seizures and brain damage. If you have to go to the hospital with a serious mysterious illness remember to tell the doctor about any foreign trips you have had in the past year or so.  This helps them to achieve an effective diagnosis and may save your life.