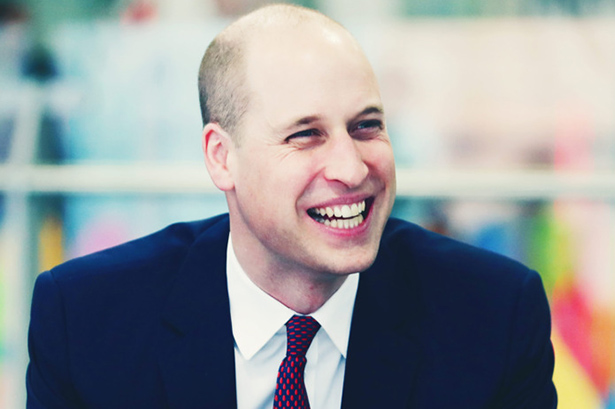 Prince William’s new hairstyle speaks volumes about his self-confidence. The Duke has finally accepted his extreme hair loss after years of trying to disguise it.  His new close shave has attracted lots of press attention and of course, everyone has an opinion about how it affects his looks.    The prince has been hailed a hair loss hero by a number of publications and is likely to become a male pattern baldness pin-up.  Hair loss is difficult to accept when you are an ‘Ordinary Joe’, never mind the future King of England.  Most of us don’t have to suffer constant scrutiny from the press when we lose our hair. William will inherit the throne when he finally becomes king he has already inherited his hair loss from his father. His brother Harry and uncle Edward have also inherited the royal genes that cause male pattern baldness.

Male pattern baldness is also known as androgenic alopecia and usually affects men in middle age.  It is a genetic condition and some men suffer hair loss as young as seventeen years old. Prince William has been unlucky because he has lost his hair at 34 years old. Hair loss is caused by hair follicles that are sensitive to dihydrotestosterone (DHT) which is derived from the male hormone testosterone (Source: NICE). DHT weakens the hair follicle causing it to grow back wispier during every hair growth cycle.  Hair becomes thinner all over and recedes often forming an island of hair on the top of the head. Lifestyle has an effect on hair loss but genetics plays a much greater role as demonstrated by Prince William.  Regal life is not going to stop you from losing your hair if it is your destiny.

If you have only just started to lose your hair taking Finasteride can delay it.  Finasteride works by reducing the amount of DHP in your system which prevents further hair loss.  It is not a permanent solution and must be taken continuously otherwise you will continue to lose your hair.  Side effects include loss of libido and impotence.  The hair on the rest of your body will not be affected and will continue to grow normally.

Some people choose to have hair transplants which involve transplanting healthy hair follicles into bald patches.  Wayne Rooney and Elton John are the most famous people to have this treatment. Prince William would have had a hair transplant if they were the definitive solution.

A good haircut is a brilliant way to disguise thinning hair.  A clever hairdresser is able to cut your hair so that makes the most of the hair you have got rather than hiding it.  Your hairdresser will alter your hairstyle to accommodate your increasing thining hair and will eventually give you a, ‘Buzz Cut’, like Prince William.

Wigs and hairpieces are much better than they used to be because they are secure and very natural.  Hairpieces are very effective but are only useful if you have enough hair to secure them.  Long-term use damages your hair and causes it to get thinner quicker.  A good wig will hide your shiny scalp but requires care and attention.

Talk therapy and acceptance are the most valuable and permanent way to deal with it. Coming to terms with hair loss is the best solution because there is no miracle cure.  William has made hair loss in vogue at the moment so it could be a good time to follow suit and embrace your baldness.

If you wish to review Hair loss treatment CLICK HERE.