Cialis (tadalafil) is a newer medicine used to treat erectile dysfunction in men. It’s made by the company Bayer and is the biggest competitor to Viagra (Sildenafil) in the world. It has some distinct advantages over Viagra in that it’s effects last much longer and it also has a more versatile dosing regimen as it’s available as 10mg and 20mg for use when needed or 2.5mg and 5mg for use every day.

How does it work?

Cialis works very much in the same way as Viagra. It’s active ingredient Tadalafil belongs to the group of drugs called PDE-5 inhibitors and these increase the likelihood of attaining and maintaining an erection. They do this by relaxing blood vessels in the penis, allowing more blood to flow when a man is sexually aroused. The difference is that Cialis is able to do this for up to 36 hours whereas Viagra can only manage 4 hours.

Bayer has recently lost patent on being the sole manufacturer of products containing Tadalafil. Therefore generic, unbranded versions of Cialis are now available. Generic versions and Cialis are both equally as effective at treating erectile dysfunction and are clinically equivalent. The generics have the same active ingredient and have to undergo the same registration with the MHRA (Medicines and Health Regulatory Authority) and prove they are the same.

Generic versions of Tadalafil are much more cost effective than buying Cialis (less than 1/3 of the price).

Cialis “As Needed” is available in two strengths, 10mg and 20mg. These are used when needed, 30-60 minutes before planned sexual activity and their effects can last for up to 36 hours. Cialis is also available as 2.5mg and 5mg which are both “Once a Day” doses. These are more suitable for those men that have a particularly active sex life with many episodes of unplanned intimacy. The Cialis “Once a Day” pills are useful for men who anticipate having sexual activity more than twice a week.

How do I take Cialis and how long does it last?

Cialis “As Needed” should be taken 30- 60 minutes before intercourse. The recommended dose to start with is 10mg with the possibility to increase to 20mg if it isn’t sufficient. No more than ONE TABLET should be taken in a 24 hour window.

Cialis can be taken with food or on an empty stomach, food doesn’t interact with the medicine. The effects of Cialis can last up to 36 hours, perfect for a weekend for example, unlike that of Viagra which is only 4 hours.

Is Cialis better than Viagra?

Ultimately it comes down to preference. Some men prefer Viagra as it works better for them, or produces less side effects. Others prefer Cialis for the same reasons. They both have the same mechanism of action.

The recommended dose is ONE tablet to be taken approximately 30-60 minutes before sexual activity. It is recommended to start with the 10mg first and if the desired effect is not obtained, then move up to 20mg.

CIALIS should not be taken more than once a day (24 hours).

It is important to note that CIALIS does not work if there is no sexual stimulation. You and your partner will need to engage in foreplay, just as you would if you were not taking a medicine for erectile dysfunction.

Drinking alcohol may affect your ability to get an erection and may temporarily lower your blood pressure. If you have taken or are planning to take CIALIS, avoid excessive drinking (blood alcohol level of 0.08 % or greater), since this may increase the risk of dizziness when standing up.

If you take more CIALIS than you should Contact your doctor. You may experience side effects which can be seen in the patient information leaflet.

If you have any further questions on the use of this medicine, ask your doctor or pharmacist or email us here at help@simplymedsonline.co.uk and our pharmacist on duty will get back to you.

These effects are normally mild to moderate in nature.

If you experience any of the following side effects stop using the medicine and seek medical help immediately:

- prolonged and possibly painful erection after taking CIALIS (frequency rare). If you have such an erection, which lasts continuously for more than 4 hours you should contact a doctor immediately. 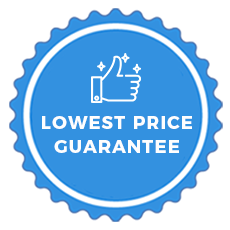 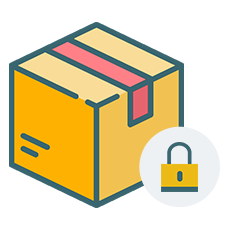